There is a strong demand for the Dictionnaire des Blais d’Amérique, but no copies are to be found since a few years now. We receive requests from persons who would like to obtain a copy. If you or a member of your family has this genealogical treasure, or maybe inherited one, and would consider passing it on, we would love to hear from you. We could thus obtain it for the Association or put you in contact with an eventual buyer. 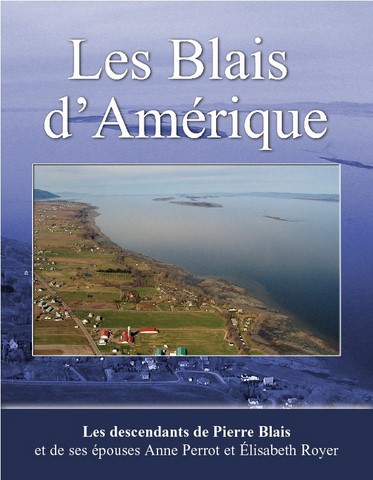 The Dictionary was launched on Saturday, August 30, 2008, during our 8th annual meeting in Saint-Gabriel-de-Valcartier (Quebec-Canada), under the honorable presence of Ms. Marguerite Blais, Minister responsible for the Elderly and member of the Comité ministériel du développement social, éducatif et culturel [Ministerial committee for social, educational and cultural development]. It was a huge success: more than 205 persons were there.

Generosity and Solidarity were the keys to this success!

History buffs will be satisfied. There is a 161-page summary, in 6 sections, of the prevalent social context between 1492 and 2008, in America but also elsewhere in the world. In each section there is also a chronological list of political, cultural, scientific and artistic events that served as historical benchmarks. Also in each section, « Pendant ce temps chez les Blais » [During this time, the Blais…] allows us to better understand the simple life of the Blais, across the generations. Thematic pages summarily trace the history of Blais who were involved in various domains such as science and technology, politics, arts, war, sport, business, weddings, etc.

Genealogy buffs will also get their money’s worth. Over 1100 pages help find ascendancies of all Blais we could link to Pierre Blais and his two wives, Anne Perrot and Élisabeth Royer. That translates to a huge number of « cousins ».

Our genealogists have added data to April 1, 2008. Several volunteers wrote, validated, corrected, laid out copy, and researched documents: a true hive of activities. We very warmly thank these volunteers; without them the Dictionary would not have seen the light of day.

The following table shows the evolution of the data bank:

The Dictionary will not be reprinted; the new and augmented edition will be out in a few years. This re-edition will probably not be available in hard copy.