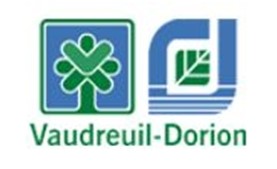 Most of the guests at the annual general meeting of the Association des Blais d’Amérique in Vaudreuil-Dorion were not familiar with the area and therefore made many great discoveries. The theme of the day: “The Blais at the Meeting of Three Lakes” reminded us of the three vast water basins that are the pride of the region: the Deux-Montagnes Lake receives the waters of the Ottawa River, which feed St-Louis Lake, located south of the Île Perrot to then flow into the St. Lawrence River; as for St-François Lake in the Valleyfield area, it brings the waters of the Great Lakes towards the St. Lawrence.

Three major highways cross the area: Highway 20 (Souvenir Highway), Highway 30 and Highway 40 (Félix-Leclerc Highway); Vaudreuil-Dorion is at the heart of an important commercial and industrial development as witnessed by the unmatched population development. 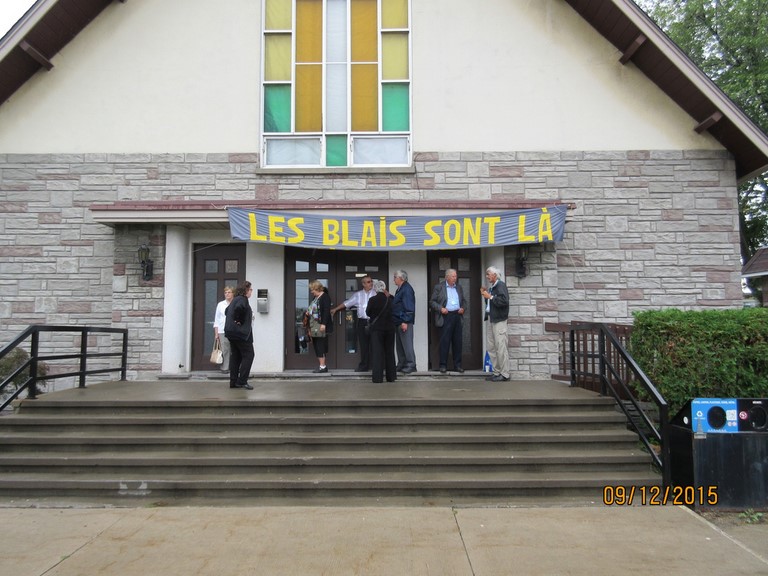 In this context more than 120 persons met at the Saint-Jean-Baptiste Opti-Centre for a day of festivities. All members of the organizing committee were on hand very early in the morning to welcome the first arrivals: old friends, greetings and “joie de vivre” were the order of the day. At 9:30 it was time for the mass celebrated by the Reverend André Blais. 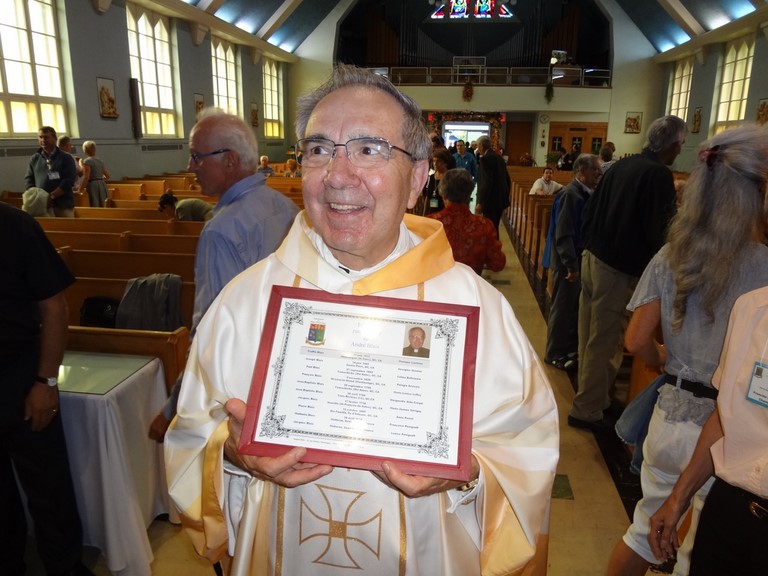 Despite the rain, some got to the church on foot while others took their car. André Blais presented a very intense celebration, accompanied by a golden-voice choir. Reverend André Blais is the son of Trefflé Blais and Monique Larrivée of Shawinigan.At 11:15, the General Assembly begins in the church right after Mass. Reading and adoption 2014-15 annual report. On the order of the day, four vacant posts need to be filled on the Association’s Board of Directors. The following persons are elected: Réjeanne Blais M-463, Pierre Blais M-300 and Francine Blais M-299 whose mandate had expired and who proudly accepted a renewal. There is however still a vacant post for now. On his doctor’s orders, Jean-Marc Blais M-256 states that he cannot remain president; he will however serve as an administrator. Normand Blais M-253 will serve as President for an undetermined period. Let us also mention the very professional involvement of Lucille Blais M-215 who accepted the role of Election President. The meeting adjourns at 12:30.

Back at the l’Opti-Centre, we gather around the noon luncheon. Time flies! People are enjoying themselves despite the continuous rain. Each table, identified by the name of a person who shaped the history of the area (Lionel-Groulx – Camille Laurin – Paul Gérin-Lajoie – Félix-Leclerc …), of historic sites (Trestler House – Génus House – Saint-Michel Church, Museum…), is called one after the other by our master caterer; appetites are satisfied. There is much animation in the hall, guests exchange news and discuss just about everything. Some people even looked in when they saw the “Rassemblement Blais” banner » on Michel Lafrenière’s car (M-563). I wish to thank Sylvain Blais and his spouse Micheline St-Denis for their presence at the meeting.

After luncheon, we visit the various tables: Blais talents, gifts, promotional and genealogical items. Serge Blais, M-308, presents a genealogical table of the first three complete generations of our ancestor Pierre and each of his wives. Thank you Serge for such a master work. I am so impressed by these documents that I am thinking of miniaturizing them so the Association members can have a better image of our common ancestor’s children. 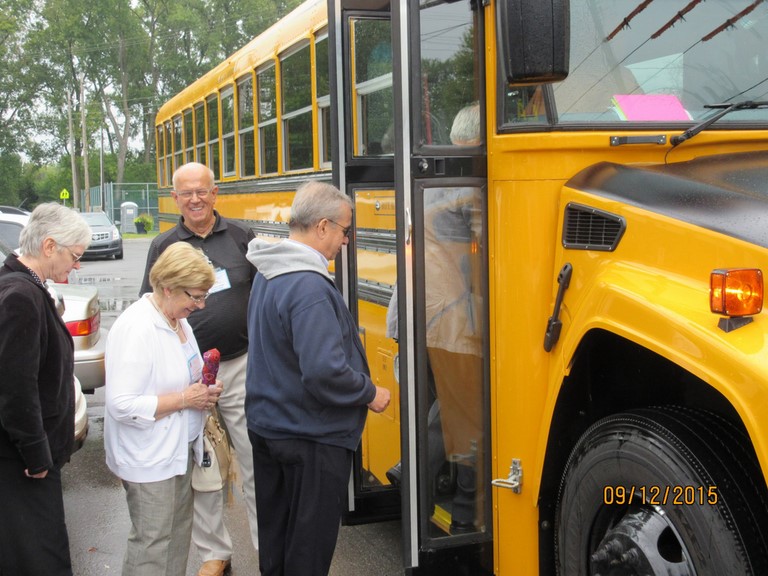 At 1:00 p.m., the first bus leaves for the Vaudreuil Museum where 46 participants are greeted by M. Daniel Bissonnette, the director of the Museum, and enjoy a guided tour of 1.5 hours. During that time, a second group starts the guided tour of historic Vaudreuil-Dorion: from the Trestler House at Point Brodeur, then passing in front of the houses or former Quebec Cabinet Ministers: Camille Laurin (father of Bill 101), Paul-Gérin Lajoie (father of the school reform in the ‘60s under the Lesage Government); and artists who influenced their time (Guy Mauffette – Yvette Brind’Amour and Félix-Leclerc). Then on to the Joachim Génus house; he was a Militia Captain in the XVIIIth Century. The bus passes on the circle road fronting the Cité des Jeunes (the first polyvalente in Quebec, which was to serve as a model for other establishments); it faces the Ottawa River. “Polyvalente” means a regrouping of several types of education and training: general, professional and sport.

We then arrive at the bicentennial Saint-Michel Church; its construction was completed in 1787 with Father Deguire as parish priest. The entire Vaudreuil history, under the seigneurial French and English regimes is witness to its significance. On the other side of the road, the old convent of the Sainte-Anne sisters recalls the presence of the founder of this religious order (Sister Esther Blondin) dedicated to the education of young girls.

Heading in the direction of the Félix-Leclerc’s house, we note the important commercial and industrial development along Autoroute 40. Since about 10 years, Vaudreuil-Dorion is experiencing a huge population boom: cultivated lands are giving way to several housing developments.

Arrived in front of Félix-Leclerc’s house, on the shore of the majestic Lake of Two Mountains, I have the pleasure of reading one of his beautiful compositions, what a treat for the soul!

Sadly we are running out of time, we must leave to do the tour with the people left at the museum and leave the people on the bus at the museum. The final tour has to be a bit shortened so we can arrive on time for the supper awaiting us.

Then comes the avalanche of gifts and prizes; there must be one for each person. Sadly the draws cut into the time allowed or speaker Mrs. Gisèle Monarque. We gather around her for her version of the transmission of oral history. I wish to pay homage to our speaker for her patience, her conviviality and her art in telling history. Thank you Gisèle Monarque.

In closing, I would like to point out the enormous amount of work carried out by Francine Blais M-299, responsible for the organization of meetings. She brilliantly orchestrated the work of all the committee members, all of whom I want to thank. Such a task is foremost a team effort. I am also thinking of the many volunteers, all those who helped in an informal manner. A heartfelt thank you to all.

The members of the Organizing committee: 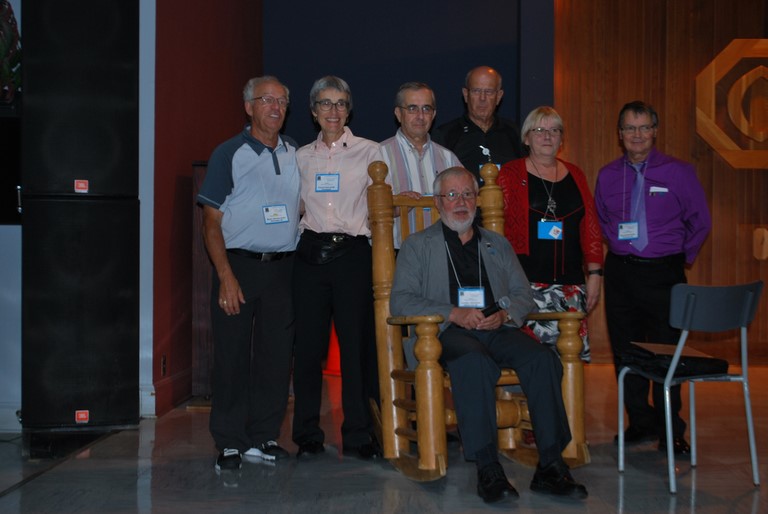 Our 2015 challenge has been met; we now say goodbye. This is not an adieu as we will all see each other nest year in another corner of the province.