Coat of Arms and Motto 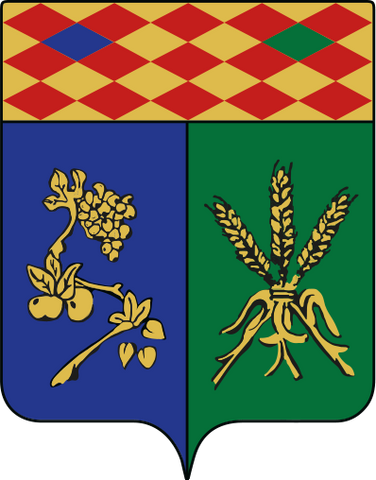 Our Association’s Coat of Arms visually summarizes the history of our pioneer ancestor Pierre Blais. It also recognizes the important role played by his two wives in establishing the Blais family in North America. The following describes the history of his life as in the Coat of Arms.

The French origin of Pierre Blais is stated by the type of shield that has been chosen. It is a French shield characterized by its vertical rectangular shape with a bracket at the base.

The diamond pattern and the red and gold colors on the upper part of the shield are of the same type as found on the shield of Angoumois, the old French province where Pierre Blais was born.

The blue color on the left lower part of the shield also symbolizes France and is the color of fidelity, used here to show respect for the French origin of Blais in America.

The Establishment of Pierre Blais in New France

The green color on the lower right part of the shield symbolizes New France, the land of hope. This color is used to represent the hope for and the promise of abundance offered by New France to Pierre Blais, and the hope that North America continues to offer to all his descendants.

In the blue part there is a branch with fruits that includes a bunch of grapes, two apples and three strawberries. These are fruits now cultivated on the Island of Orleans. It also recalls the vines growing on the island at the beginning of the colony. The Island of Orleans is where Pierre Blais first worked as an "engagé" when he arrived in New France. It is also where he established his family in 1667, after being granted land by Monsignor Laval in the parish now known as Saint-Jean, which was then called Sainte-Famille. The branch with fruits also reminds us that the Island of Orleans is the cradle of the Blais family in North America.

In the green part of the shield, there are three upright ears of wheat. These pay homage to the peasant work of our three first parents in this land: Pierre, Anne and Elisabeth. The drawing also is our way saluting the many other Blais generations who have had farming careers. The arrangement of three spikes allows us see the three main directions taken by the Blais family to establish itself beyond the Island of Orleans. Quebec is symbolized by the central spike and the rest of Canada and United States are symbolized by the two other spikes. The fact that the three spikes are attached together represents the time and space solidarity to be developed by all of us.

The Family of Pierre Blais

Unlike the lower part of the shield which includes two distinct sections, the upper part covers the full width of the shield to demonstrate the unity of the Blais family. We already have seen that the diamond shaped drawing in that upper part echoes the origin of Pierre Blais and, consequently, the origin of his descendants. Those same diamonds also represent each of the 15 children born of the two marriages of Pierre together with the descendants of those children.

The red color of diamonds symbolizes conjugal and parental love. That same color expresses the principle of life and is the symbol of eagerness, vivacity, constant hard work and perseverance.

Among the red diamonds there are two other diamonds colored, respectively, blue and green. Each of these two diamonds is the same color as the color of the corresponding lower part of the shield. They symbolize the two spouses of Pierre Blais and, as in the lower part of the shield, they represent the respective native lands of his two spouses. On the left, the blue diamond represents Anne Perrot, born in France and who gave ten children to Pierre before her death. On the right, the green diamond represents Elisabeth Royer, born in New France; she completed Pierre's family with 5 more births before Pierre's death in February 1700.

The Descendants of Pierre Blais

The color of all the drawings on the coat of arms is gold, the symbol of kindness, truth and generosity; it reinforces the importance of practicing these values in our relationships within the Association as well as within our family, professional and social circles. Gold also underlines the generous solidarity demonstrated by our members and that should remain as a typical characteristic of Blais family Association life. Finally, the black color that forms the edges of the individual parts of the shield and motto clearly separates these parts and gives them more contrast. This contrast symbolizes respect for the liberty of others, an attitude that constitutes the best guarantee of the full exercise of our own liberty.

By adopting this motto for the Association des Blais d'Amérique, all of its members and all direct and allied descendants of Pierre Blais express their deep respect for their ancestors, for themselves and for the future generations of Blais.

Literally, the motto translates to "From ancestors to our children". This means that we are all committed to hand down to posterity not only the best that we have developed for ourselves but also the best of what we have had passed on to us by our own ancestors.

Fidelity to such a rich and most basic human responsibility has always been a source of pride for members of the Blais family. From generation to generation, our ancestors have followed this principle, whether turned toward their ancestral past, toward their present family, or with confidence for the future of their children.

Our motto is challenging because it urges us to build a bridge between past and future and to be an active driving force in making each next generation better.

We must ensure, individually and collectively, that future generations will inherit and benefit from the best that has come from all past generations. Thus will the Blais family heritage prosper, grow and be enriched.

Reproducing the Coat of Arms 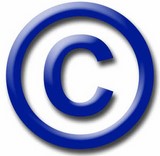 Our Association’s Coat of Arms is so magnificent that increasing numbers of Blais authors (electronic or paper) want to reproduce it! Our family crest really gives punch to a presentation. However, the Coat of Arms is the property of the Association and it is protected by copyright.

Due to the increasing number of usage requests, the BoD has adopted the following measures:

Website owners may reproduce the Association des Blais d’Amérique Coat of Arms only if they add a very visible link to the Association’s website: www.blaisdamerique.com

Authors of written publications must pay a $25 fee to reproduce the Association’s Coat of Arms.